Traditions and recipes seem to conspire together in our house.

Pizza days were often on Mondays when we lived in Coaldale.  Three wonderful children joined us after school, and then parents joined us after work.  I remember little ones on trampolines, and a table surrounded by little hands.  Pizza was not my favorite meal to eat, and so had to depend on the helpful opinions of the experts around that table.  Maybe try a different sauce...  too much cheese ... not sure if that meat was my favorite ... honestly Darlene, don't you like pizza?  Nope.  but I love to watch you all enjoy it.  So I'll guage my success by the speed of the emptying pans!

I'm not sure when Saskatoon Fridays morphed into pizza days, but somehow those were days that family gravitated home, and pizza ended up being the go-to.  And pizza seems to lead naturally into the compulsive playing of games ...

The basic recipe comes from the kitchen of Carol Thiessen, when we were neighbors in Fresno, California.  We'd walk on sidewalks covered with ripe olives, and wonder where our families would live when we were done school there.  The apron that she made for my Jeana is now Tyler's apron as he assists with the making of the dough.

the morphing of the dough
double the recipe, and increase oil to about 1/2 cup total
substitute about 1/3 of the flour with cornmeal
and then add(due to the influence of Melody Schellenberg's Focaccia bread)
a couple of Tablespoons oregano
a teaspoon or two of garlic powder

Add all dry ingredients together, and mix together (you can use a wooden spoon, or plastic or metal spoon, but my current favorite mixing companion is my nearly three-year old grandson who puts his little fingers into the flour and cheerfully mixes it together).  The recipe works best with a good dusting of enthusiastically mixed flour combo landing on counter, clothing, and general kitchen area.
Add liquids, at whatever speed works best (spoonful by spoonful - again, aided and abetted by said wonderful almost three-year old), or a speedy and gleeful splashing of liquid into a dry well of flour and friends.
Mix the dough (don't allow too much to be eaten before the baking begins), as much as you can, and then begin to kneed it by folding in half, turning, folding in half, turning, adding bits of flour till it doesn't stick to the counter anymore and looks like a nice ball (with little finger prints in it for final effect).  Unfortunately, the finger prints don't last.

Let it rise for anywhere from a half an hour to an hour.  It's fine if it has to sit for an hour and a half as well.  Two hours would likely be too long, but I've never left it quite that long!

Meanwhile, bacon needs to be done and cut, and mushrooms sliced and sauteed, mozza cheese grated, babies fed and held, Dads and Grandpas welcomed home, and a salad perhaps needs to be made.  Perhaps a greek salad with a cucumber, cherry tomatoes, red pepper, kalamati olives on the side, a container of feta cheese, and dressing of balsamic vinegar, and olive oil, some more oregano and garlic power with a bit of lemon juice. (Beware of over-zealous sampling by bacon or mozza thieves.)

This recipe will cover four pizza pans.  Generously grease the pans, and then press 1/4 of the dough into each pan.  Our favorite sauce is Unico's garlic and basil.  That goes onto three pizzas.  Our current practice is to make one bacon pizza, one bacon and mushroom, and one 'out on a limb' (ok - not very far on a limb, but somewhat unpredictable) combo that usually involves peppers and/or pineapple, chicken or ham, perhaps feta and mozza.  The first pan of dough is usually covered with 2 Tb olive oil instead of pizza sauce, 2-3 freshly minced garlic cloves spread onto the dough, a generous sprinkling of parmeson cheese, and then grated cheddar.  That comes out of the oven first, and serves as an appetizer dipped into a balsamic vinegar and olive oil combo on a plate.

The oven should be at 400 degrees, and my pizza doesn't really like timers.  They scare us all, because they are so seldom used on pizza night.  (That may or may not be an overstatement.  They scare some of us, but would be so reassuring for others!)  What would we do without the recurring questions and exclamations as we hover over the focacchia dip ... Is it done yet? OH SICK!  Have you switched this batch yet?  (My oven can do two at a time, but only if they switch places roughly half way through).

Eventually we settle into our chairs with our coke, pizza on the table or finishing in the oven, and someone thanks the Lord for his grace to us this day.
Prayers of a nearly three year old are pretty precious and silence all other conversation.

Posted by Darlene Klassen at 11:57 AM No comments:

Email ThisBlogThis!Share to TwitterShare to FacebookShare to Pinterest
Labels: Pizza 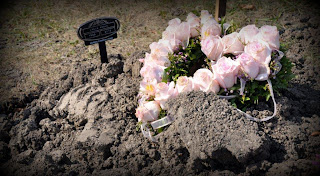 new moon suspended
all sleep, still,
beneath the thick blanket

Posted by Darlene Klassen at 10:11 PM No comments: